Setting up Named Based Routing for Vote App

We will direct all our request to the route controller now, but with differnt hostname e.g. vote.example.com or results.example.com. And it should direct to the correct service based on the host name.

In order to achieve this you, as a user would create a route object with a set of rules,

Since the router is constantly monitoring for the route objects, the moment it detects, it connects with traefik and creates a rule as follows.

You have created the route rules based on hostnames e.g. vote.example.com. In order for you to be able to access those, there has to be a dns entry pointing to your nodes, which are running traefik.

To achieve this you need to either,

For example, on a linux or osx, you could edit it as,

And add an entry such as ,

And then access the app urls using http://vote.example.com or http://results.example.com 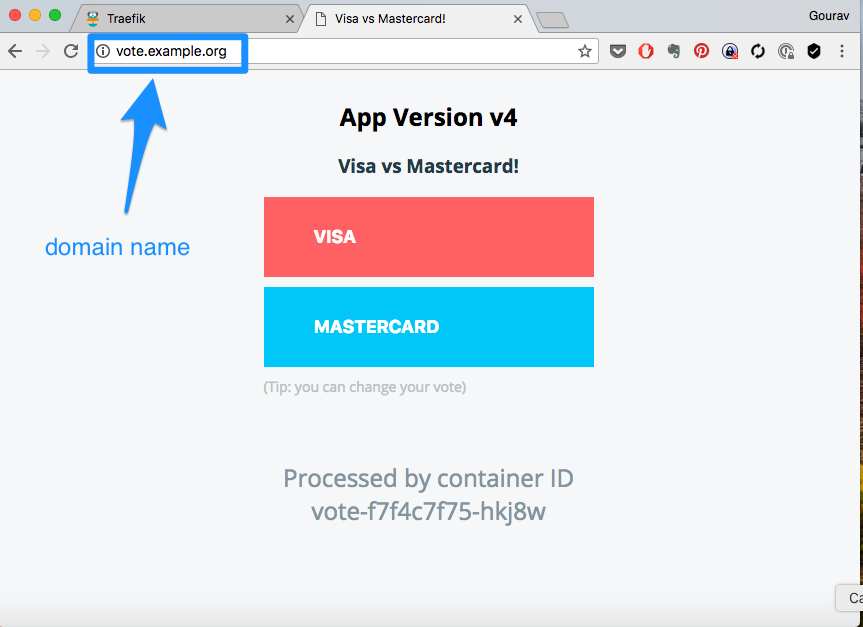