With Horizontal Pod Autoscaling, openshift automatically scales the number of pods in a replication controller, deployment or replica set based on observed CPU utilization (or, with alpha support, on some other, application-provided metrics).

The Horizontal Pod Autoscaler is implemented as a openshift API resource and a controller. The resource determines the behavior of the controller. The controller periodically adjusts the number of replicas in a replication controller or deployment to match the observed average CPU utilization to the target specified by user

openshift Horizontal Pod Autoscaler along with oc adm top command depends on the core monitoring data such as cpu and memory utilization which is scraped and provided by kubelet, which comes with in built cadvisor component. Earlier, you would have to install a additional component called heapster in order to collect this data and feed it to the hpa controller. With 1.8 version of kubernetes, this behavior is changed, and now metrics-server would provide this data. Metric server is being included as a essential component for kubernetes cluster, and being incroporated into kubernetes to be included out of box. It stores the core monitoring information using in-memory data store.

If you try to pull monitoring information using the following commands

it does not show it, rather gives you a error message similar to

Even though the error mentions heapster, its replaced with metrics server by default now.

Monitoring has been setup.

There is a known issue as off Dec 2018 with Metrics Server where is fails to work event after deploying it using above commands. This can be fixed with a patch using steps below.

To apply a patch to metrics server,

where expected output shoudl be similar to,

If you have a monitoring system such as grafana, you could also view the graphs for vote deployment. 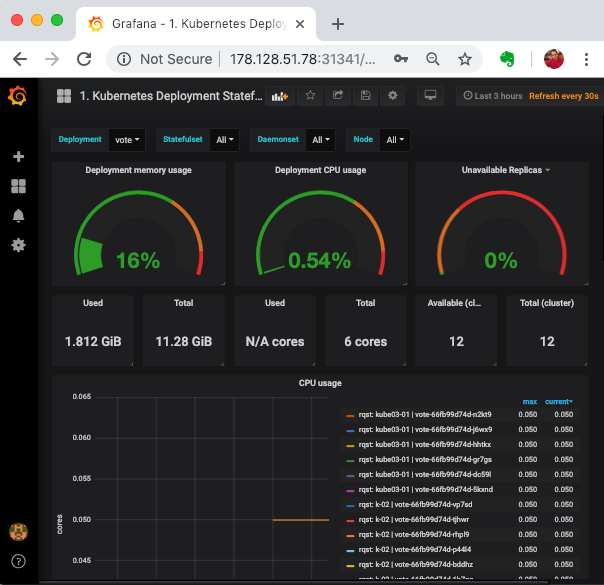 And launch the loadtest

To monitor while the load test is running ,

To get information about the job

To check the load test output 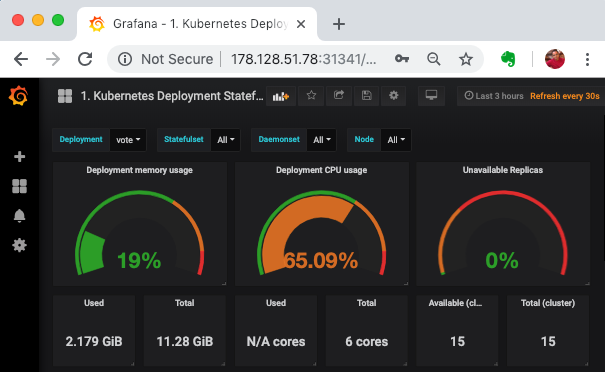 In this lab, you have successfull configured and demonstrated dynamic scaling ability of openshift using horizontalpodautoscalers. You have also learnt about a new jobs controller type for running one off or batch jobs.